Here are some pitfalls to avoid when writing an obituary.

Do not make the obituary about the people writing it. Do not start off with “It is with sadness that the family announces . . .”  Another said, "With deep feeling of sorrow, we said goodbye to our dearly loved . . ." I have even read (and wondered what the family was thinking): "With mixed emotions,  we announce the peaceful passing of our mother . . ." Instead, make the obituary about the deceased, and the life they lived.

In the same way, think about life, rather than just the death and the immediate arrangements. For example, often the people who helped out in the final stages of life, and at the funeral, are thanked in the obituary. This is fine as far as it goes, but what about the people who helped out during the lifetime? Again, an excellent way to resolve these issues is to get more information from people before they die. Perhaps they would have wanted to thank those who made the food at the reception after the funeral, but they might also have wanted to thank that mentor at work, that friend, or that great Grade 5 teacher.

Avoid the pitfall of using clichés. The obituary you write does not have to sound like all the others. Just as resumés should not be filled with "I," there are expressions to avoid in obituaries. For example, instead of asking people to make a memorial donation, I have read obituaries that asked people as well to buy a friend a flower, fill out an organ donation card, or do a good deed.

Books You May Find of Interest:

Not Quite What I Was Planning:
Six-Word Memoirs 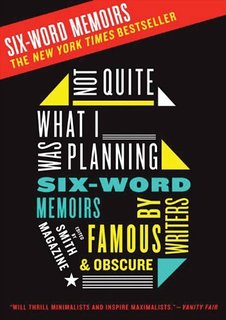 Writing an Obituary Worth Reading:
A Guide to Writing a Fulfilling Life Review 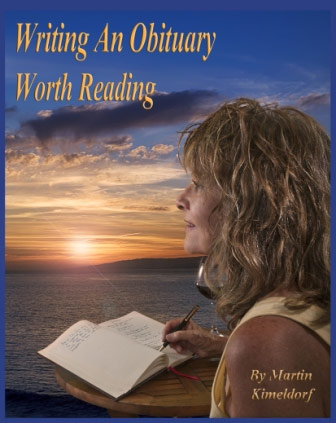 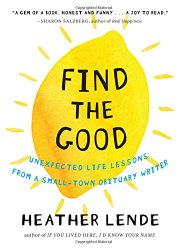 Having the Last Say:
Capturing Your Legacy in One Small Story 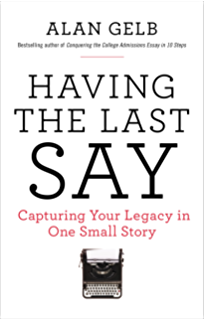 For All Time:
A Complete Guide to Writing Your Family History

Thrive:
The Third Metric to Redefining Success and Creating a Life of Well-Being, Wisdom, and Wonder